Minimum investment is 10 million NOK, and the annual management fee is 0.95%.

Simulated returns from 31.12.2006–31.12.2014 are based on historical returns for unit class A (established 1987), adjusted for management fees for unit class B. Simulated returns and risk figures are provided for illustrative purposes only. Historical returns are no guarantee for future returns. Future returns will depend, inter alia, on, market developments, the portfolio manager’s skill, the fund’s risk profile, as well as fees for subscription, management and redemption. Returns may become negative as a result of negative price developments.

The Nordic countries (Norway, Sweden, Denmark and Finland) complement each other and have a rich and varied business community that provides reasonable risk dispersion. They also provide exposure to global and emerging markets, with Nordic standards on corporate governance and limited political risk. 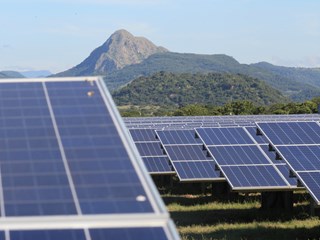 Scatec Solar develops, builds, owns and operates solar power plants in cooperation with local government on several continents. The company was founded by Alf Bjørseth, who made a substantial profit from selling his REC shares, and listed in October 2014. The listing was not particularly successful.